Will this "birth mother's" attorney really look out for her interests? 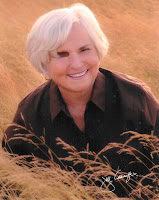 In Roseburg, Oregon, a small town 175 miles south of Portland, a woman I do not know will deliver a baby within the next 30 days and give her infant to the clients of Portland attorney, Scott Adams. An adoptee himself, he is a long time adoption practitioner.

Perhaps she responded to a "Dear Birth Mother" ad, perhaps she knows the prospective adoptive parents, friends of relatives, a couple she met while waiting tables, or a couple referred by her pastor. I do know that unless a miracle happens, she will leave the hospital with a flat stomach and searing lifelong pain.

An attorney she has met only recently perhaps for only an hour, hired by Adams and paid by the prospective adoptive parents, will within a day of the birth present her with a consent form prepared by Adams. Once she signs, the attorney will send the paper immediately through electronic means to Adams who will file it as soon as possible at the courthouse. Once filed, the consent is irrevocable.

Oregon law like the laws of all states provides two paths for "voluntary" infant adoptions. Best known are adoptions through state-licensed adoption agencies. Separate social workers work with expectant parents and prospective adoptive parents. Parents surrender their baby to the agency for adoption by signing a consent form presented by their social worker. The agency then processes the adoption.

More common, though, is the path being taken by the expectant mother in Roseburg, often referred to as a "private adoption," that is, without agency involvement These adoptions are promoted through such books as "Fast Track Adoptions" and "Adopt the Baby You Want." Attorneys, like Adams, connect prospective adoptive parents with expectant mothers, typically by running ads for "birth mothers," working with doctors, or by advising those wishing to adopt how to locate "birth mothers" through contacts, Facebook, Penny Ads, local  newspapers, even paper placemats in casual restaurants. The attorney's staff may coach them on writing "Dear Birth Mother" letters. Unlike agency adoptions, the child is relinquished directly to the adoptive parents.

Once the attorney lines up the mother-to-be and the prospective adoptive parents,

And, later, if the mother wants to contest the adoption for misrepresentation, or assert her rights under the open adoption agreement, the attorney will tell her he/she doesn't represent her.

These appalling events happen every day all over the country. ---jane

Scott C. Adams' 5/23/19 post on the Oregon Family Law list: "I am looking for a referral to a Roseburg attorney to explain adoption consents to a birthmom (woman placing her child for adoption) and potentially birthdad expected to give birth in Roseburg within the next 30 days. I represent the adoptive parents and will prepare all the paperwork.

You would generally meet with her/them once prior to her giving birth to go over the papers--this meeting is often in a more casual place than your office depending on her needs. Then when she does give birth you will take the papers to her/them in the hospital, explain them, get them signed and get them back to me electronically. Working with birth parents requires a lot of out of the box lawyering; you have to be available to take or respond to a birth parent's phone call/questions within a few minutes (they may be standing there with a nurse or doctor needing your input) and you may have to be available for an evening or weekend trip to the hospital (with a day's notice usually), and then be able to immediately send those consents to me. Experience in other adoptions/paternity helpful but not a must. It usually takes 2-3 hours which the adoptive parents will pay for. (emphasis added)

FROM FMF:
Are Laws Tilted Towards Adopting Parents? Well, yes, even in Oregon
Finding babies through Facebook. And your manicurist. And ...

TO READ
The Primal Wound: Understanding the Adopted Child

Format: PaperbackVerified Purchase
I knew I had some subconscious or unconscious "issues" from having been adopted, but I didn't truly understand them until I read this book. If you are adopted, get this book. If you have adopted children - or are even thinking about doing so - get this book. I learned a lot about myself while reading this - it explained a lot of my behavior as a child, and even as an adult. Being adopted IS traumatic, no matter what age it happens at - I was adopted as a baby, but still had issues because of it. My parents used to tell me that I was "chosen," and while they were trying to make me feel good and "special," it always made me sad to hear. Not because I didn't like my adoptive parents, but because - even as a child - I knew inside somewhere that to be "chosen," I first had to be given away. I didn't understand those sad feelings as a child, but thanks to this book, I understand them now.

Hole In My Heart: memoir and report from the fault lines of adoption

Format: Kindle EditionVerified Purchase
I recently read this book and want to say that it left me with many emotions - some I could deal with & some that were a bit harder. That's because I'm an adoptee. Lorraine Dusky's Hole in my Heart is about a first mother who gave up her baby to adoption and the consequences of that decision. Not only that - but it goes way beyond just that portion of her life. This memoir goes on for decades. Which I liked.

I like the fact that Lorraine has shared with us in this book all the various parts of the reunion years....'The rest of the story' so to speak. Because often times there are many ups and downs over the years following reunion and the important thing for people to understand are these years. You might watch some TV show about people finding their families - and they are all tears and hugs and wonderfulness. However, what happens next is what matters most. What happens 5 yrs down the road - 10 yrs - 20 yrs? That's where the story is.

My first mother has been dying for awhile now. I have all sorts of emotions about this ending. Reading this book helped me in many ways while I'm going through this process of letting go of the woman who gave birth to me 62 yrs ago. I'm glad I had already bought it several months before and had it ready on my Kindle to start when I needed something like this to help me get through.

One last thing: Lorraine has been part of the adoptee rights movement for years. She is well known in the adoption world that consists of so many of us inside the so called 'triad' and outside. Her book is not just about her own personal story - but it's full of facts and information about adoption laws in various states and all the various groups that are out there. She's a speaker as well as an author and is still active to this day. Check out her FB page if you want.

If adoption has been in your life in any possible way, this book can help you examine your own personal situation. Kudos for Lorraine's honesty and courage to share her story with the rest of the world.
Jane Edwards at 5:06 PM
Share

COMMENTS ARE MODERATED. Our blog, our decision whether to publish.

We DO NOT post comments that consist of nothing more than a link and the admonition to go there.